SALAMITO Fabien, I was born on 19th July 1982 of French nationality.

I obtained my university diploma via the academy of Nice Côte d’Azur Bachelor’s degree + 2 in 2002.

I first worked as a salesman for various societies after obtaining my university degree in 2002.

Passionate about sports, football and English boxing, I decided to change direction and very quickly became interested in a career in the security professions.

As a young policeman my first assignment in 2007 in Ile de France in Seine Saint Denis (93) « the best school in France » where discovering police work in a hostile environment 7 days a week, 24 hours / 24 makes you stronger and more solid on a daily basis.

After 8 years spent in Seine Saint Denis and a discovery of different police units, I wanted to specialize and change direction by opting for the Republican Security Companies.

After an « acclimatisation » internship at CRS 46 in Sainte Foy les Lyon, I experienced my first assignment at CRS 47 in Grenoble in 2015 where I was able to discover a new direction, a new way of working and a totally different doctrine of use.

In 2017, I have been assigned to the Republican Security Company of Saint Laurent du Var, at CRS 06.

Immediately, I wished to specialize and integrate the SPI 4G, an intervention unit that every Republican Security Company in France has, an intervention section in its own right Our trainings were often directed under the orders of the RAID antenna in Nice.

Ambitious and determined after 15 years in the National Police and having known many police units, I wished, strong and seasoned from a long professional experience, to set up my security society in Thailand with its headquarters in Bangkok. 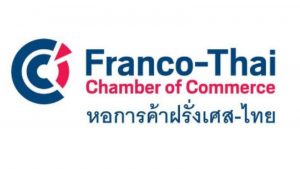